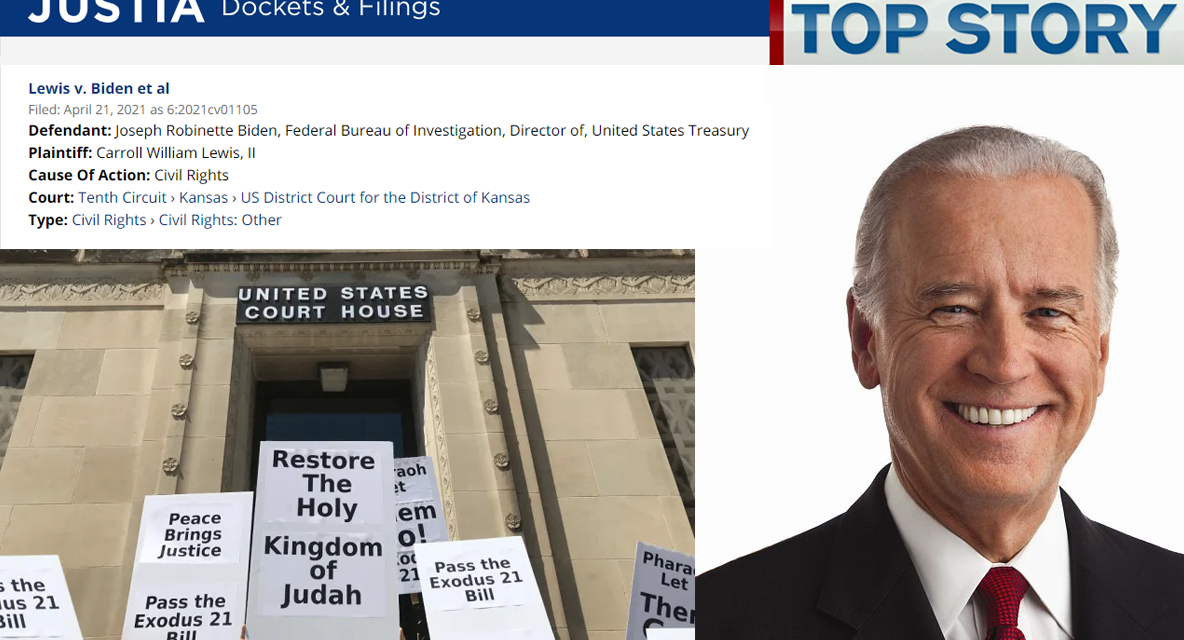 On April 21, 2021: The displaced Kingdom of Judah filed a multitrillion dollar civil rights lawsuit which list President Joe Biden as a chief defendant. The suit is being considered one of the largest civil rights claims to have ever been filed. According to court records summons to appear have been issued for President Biden and other high ranking US Officials. The case focuses on the Atlantic slave Trade in which The Kingdom of Judah was destroyed and plundered by The United States, Great Britain and other European countries. King Lewis II, King of The Holy Kingdom of Judah has gained growing media attention after stating in an open interview, “Injecting unknown drugs, from unknown manufacturers, with unknown long term side effects is not a moral obligation, it is potentially suicide”. The White House as of yet has not released an official comment on the pending litigation.